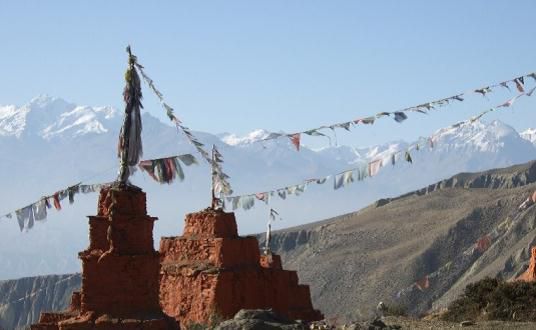 A place of realization founded by Padmasambhava (Tib. Guru Rinpoche) in 747 CE.

This place was founded by the Buddhist teacher Padmasambhava on his way to Tibet. It is one of the most important Buddhist places in the Himalayas and of utmost significance for Tibetan Buddhism. Originally, the complex consisted of a nine-storied building. Before the renovation began, only the ground and the first floor had been preserved. A caretaker regularly looks after this old location and ensures that the old and valuable Buddha statues that are kept at this place are not damaged.

We decided to support the place to help preserve this over 1200-year-old Buddhist cultural monument. Kunsang Wangchuk, who keeps the keys of the place, is a descendant of a small Marpa Kagyu lineage that has been taking care of this Buddhist place of realization for about 15 generations. The Kagyu lineage is one of the four major lineages of Tibetan Buddhism.

In 2008, we were able to have the panels for the interior of the Buddhist meditation place (Tib. gompa) manufactured in a carpenter's shop in Boudha, Kathmandu. We decided to use a modular system to make the transport to Upper Mustang easier. Wood to support the walls was ordered from Tibet and has also already been delivered. Work was finished in Summer 2009.